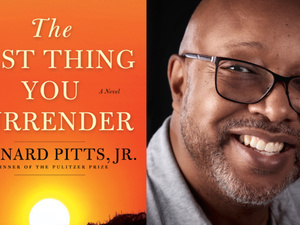 Leonard Pitts, Jr. is the author of the novels The Last Thing You Surrender, Grant Park, Freeman, and Before I Forget, as well as two works of nonfiction. He is a nationally syndicated columnist for the Miami Herald and winner of the 2004 Pulitzer Prize for commentary, in addition to many other awards. Born and raised in Southern California, Pitts lives in Maryland outside Washington, DC.

The Ivy Bookshop will have copies of the book for sale at a book signing following the program.