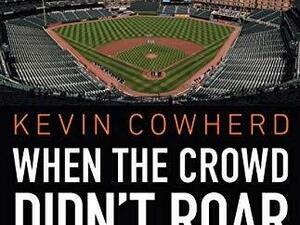 Local author & former Baltimore Sun writer Kevin Cowherd's latest work chronicles the contest at Camden Yards between the Baltimore Orioles and the Chicago White Sox on April 29, 2015.  Baltimore is reeling from the devasting riots sparked by the death of Freddie Gray.   The stadium is on lockdown for public safety and because police are needed elsewhere to keep the tense city from exploding anew.  It is the only Major League game ever played without fans making it the unlikeliest and strangest game ever played in baseball and its therapeutic effect on a troubled city.

The Ivy Bookshop will have copies of the book for sale at a book signing following the program.