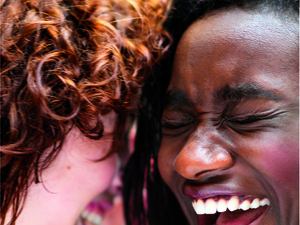 The Merry Wives of Windsor

The story goes that Queen Elizabeth I was so enamored with the character of Falstaff that she demanded to see a play about sweet Jack in love. Shakespeare delivered as only he could, with one of his most free-wheeling and manic comedies. Rolling into Windsor flat broke, Falstaff decides he’ll woo two wealthy women—instead, he becomes the butt of every joke they can imagine.

$24 Regular Admission; $19 Students/Seniors/Artists/Educators; Kids under 12 get in free!