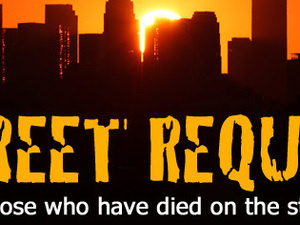 The Arundel Vocal Arts Society (AVAS) and the Peabody Community Chorus are collaborating to bring “Street Requiem” to the Annapolis and Baltimore areas. This musical experience was conceived with the aim of bringing a sense of peace, remembrance and hope to communities struggling with the loss of safety on our streets.

Street Requiem, written in 2014 by Kathleen McGuire, Andy Payne and Jonathon Welch, is anchored in the Latin of the traditional requiem mass, but English texts relevant to a modern-day context are incorporated throughout. It is deliberately neither secular nor religious, but intended instead to be deeply spiritual, allowing listeners to find their own faith or meaning in the context of the words and music.