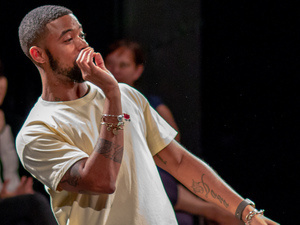 Stand-up + Improv = STANPROV!!! It's as simple as that, folks. Every month, we bring together our two favorite forms of comedy and put on a show that's funnier than the sum of its parts!

Four of Baltimore's best stand-up comics stop by the theater to crack us up and inspire hilarious sets from our all-star cast of improvisers.

STANPROV is the only night where you can see the very best of improv and stand-up all at once! It's the comedy crossover event you've been waiting for!

Baltimore Improv Group offers free comedy shows every night of the week. Please reserve so we know you're coming.