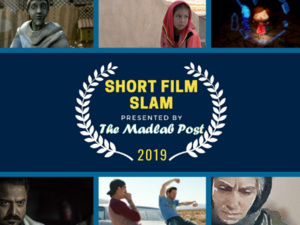 Short Film Slam: Round III presented by The Madlab Post

Come watch an international selection of one dozen short films presented by The Madlab Post. Attendees get to cast a vote for their favorite film among a mix of animation, documentary and live action shorts during this tournament style showcase including Temptation of St. Francis, a comedy about what happens in your garden when you're not looking, and Birthday Night, a Persian drama about two co-workers whose friendship is on the brink of collapse after a car accident.

Don't miss out on these films as well as several other shorts exploring themes such as Alzheimer's, empty nest syndrome, STEM, aging, genetic modification and more!