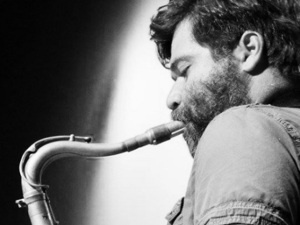 One thing is true of both jazz musicians and Radiohead fans — they can be very outspoken about their obsessions. If you engage with them, the topics of either jazz or Radiohead will inevitably become the center of the conversation, and rarely is there room for disagreement or opportunity to shift topics. You will be forced to choose between Charles Mingus and Miles Davis (Tip: You will be right, no matter who you pick), and if asked about your favorite Radiohead song, whatever you do, never say "Creep."

Then there's Bobby Muncy. The esteemed 42-year-old saxophonist holds court in the classical jazz world and as a Radiohead head, which is why he has dedicated several performances each year over the course of 12 years to his ensemble, the Radiohead Jazz Project.