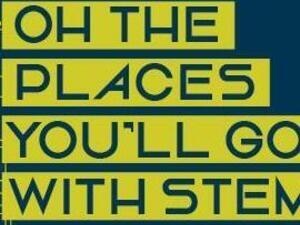 Oh the Places You'll Go with STEM: From Aeronautics to Technology & Beyond

Danielle Feinberg began her career at Pixar Animation Studios in February 1997. As she worked her way from an entry level, technical job to one of the top creative positions, she crewed many of Pixar’s feature films including Toy Story2, Monsters, Inc., Finding Nemo and The Incredibles.

Emily Calandrelli is also a chief correspondent on Netflix’s show “Bill Nye Saves The World." Emily is a contributing writer at TechCrunch and has written and spoken on the topics of space exploration, scientific literacy and equality.