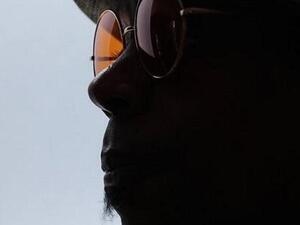 "New Orleans barrelhouse piano, the Impressionism of Ravel and Duke Ellington’s jaggy solo-piano sound form the bedrock of Lafayette Gilchrist’s style at the keyboard. But if there’s one big influence on the way he thinks about rhythm, it’s the deeply swinging ‘pocket' of a classic go-go beat... On 'Dark Matter’…the hypnosis of the pocket comes through.” – Giovanni Russonello, The New York Times

"Few of Gilchrist’s contemporaries have the feel for jazz’s secular and sacred tributaries that he possesses... Gilchrist has a singular facility to make it new. Therein is the light that emanates from Dark Matter." –Bill Shoemaker, Point of Departure

He leads the genre-defying ensembles the New Volcanoes and the Sonic Trip Masters All Stars, and along with bassist Michael Formanek and drummer Eric Kennedy, he’s a member of the adventurous collective trio Inside Out. In 2017, Gilchrist was named a  Local Legend by Baltimore Magazine, while Baltimore City Paper named Lafayette Gilchrist and the New Volcanoes as “Best Band.” In 2018 he was chosen as a Baker Artist Award winner.  Gilchrist has performed with Cassandra Wilson, Macy Gray, Oliver Lake, Andrew Cyrille, Orrin Evans, Paul Dunmall, Hamid Drake, William Parker, and many more. Gilchrist’s most recent album is 2019’s Dark Matter which landed on numerous critics' best of 2019 lists. 2020 will see the release of his double album Now with the Lafayette Gilchrist Trio featuring Herman Burney on bass and Eric Kennedy on drums.

Streaming cost is $10
Donations are welcomed.
The link will be revealed to you 15 minutes before the show
and will remain active through Feb.17