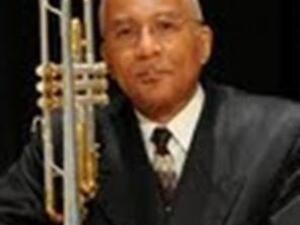 John R. Lamkin, II, Ph.D., served as Director of Bands and Coordinator of Music and Music Education at University of Maryland Eastern Shore. He was instrumental in attracting several jazz icons to work and perform with his students. His music education degrees are a Bachelor’s from South Carolina State University, a Masters from Morgan University, and a Doctorate from University of Maryland, College Park.

Dr. Lamkin grew up in Atlantic City when live jazz music filled many of its streets, and was an integral part of the community’s entertainment district; especially during the summer. It was during these formative years that he fell in love with music, particularly the sound of jazz, and realized then that he was called to dedicate his life to the perpetuation of our American Musical Treasure – Jazz.