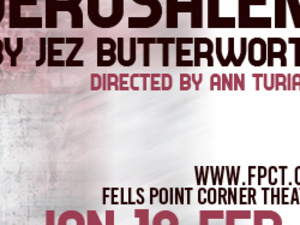 St. George’s Day in England, the Morning of the county fair, the local drifting soul and pied piper of chaos Johnny “Rooster” Byron stirs the souls of his countrymen to forego the comforts of modern suburban life and raise their spirits in the countryside. His family want to spend the day with him, thugs want to teach him a lesson, the authorities want rid of him, but Rooster just wants more out of life. Having played on the West End and then to Broadway (and back to the West End), Jerusalem is a darkly comic and modern meditation on the spirit of a nation.