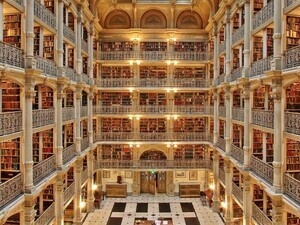 In the Stacks: Part 4

What do Batman, Charlie Chaplin, Cirque du Soleil, Pablo Picasso, Langston Hughes, and Claude Debussy have in common? They all took inspiration from one figure. This performance will explore the enduring legacy of the Pierrot-- a pantomime character that has been the inspiration for numerous works of literature, film, music, and art since its debut in 17th century Italy. Blurring the line between comedy and tragedy, this multimedia performance will provide an opportunity to discover why the Pierrot-- stubbornly hopeful in the face of constant misfortune -- has continued to resonate with people for over 400 years.

The centerpiece of the program will be Arnold Schönberg’s eerily ethereal masterpiece “Pierrot Lunaire” (Moonstruck Pierrot) performed by Balance Campaign. Offsetting Schönberg's macabre take on the character will be a satirical interpretation by silent film pioneer Charlie Chaplin, shown on a large screen and accompanied by live ragtime music. Come experience a moonstruck evening in one of the most awe inspiring rooms in the world!

Doors will open at 6pm, with the first 200 guests admitted. No tickets required-- entry is free with a $10 suggested donation. This performance contains themes that may be unsuitable for those under 13.

This performance is made possible by the generous support of the William G. Baker, Jr., Memorial Fund. In the Stacks is a fiscally sponsored project of Strong City Baltimore.