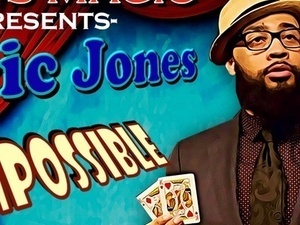 For over ten years, Eric Jones has made a name for himself in the world of magic. He has showcased at the world-famous Magic Castle in Hollywood and Monday Night Magic, NYC’s longest-running Off-Broadway magic show. Eric is known for wowing A-list celebrities including Tobey Maguire (“I’d never play cards with you!”), John Mayer (“Incredible! I’ve never seen anything like that before!”), as well as the judges on Season 12 of NBC’s America’s Got Talent, where he was named a top-12 semi-finalist.

You must be age 18 or older to attend.