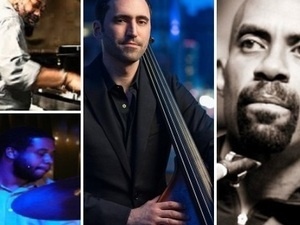 Saxophonist and flutist Gary Thomas established himself in the 1980s as one of the most jarring soloists of his generation, especially against somewhat chaotic backdrops.

In addition to 11 recording dates as a leader, he’s worked on more than 80 recordings as a featured sideman, reflecting his status as one of the most coveted saxophonists on the jazz scene today. Two of his recordings as a leader, By Any Means Necessary and While the Gate Is Open, were named best recordings of the 1990s by Downbeat Magazine.

The most recent highlights of Thomas' activities are his tenure with British guitarist John McLaughlin from 1997 to 1999, and as a member of the Herbie Hancock Quartet since 2002.