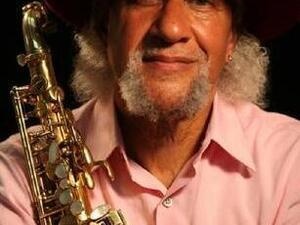 Gary Bartz was described by jazz critic Stanley Crouch as "one of the very best who has ever picked up the instrument." He has recorded more  than 40 solo albums and over 200 as a guest artist.  He won a Grammy Award in 2005 for his playing on  McCoy   Tyner 's   album, Illuminations.

Bartz was awarded the BNY Mellon Jazz 2015 Living Legacy Award, presented at a special ceremony at  The Kennedy Center. He currently teaches at the Oberlin Conservatory of Music in Ohio, when he’s not touring.

Concerts are great, I enjoy singing and I always try to attend various exhibitions, but since I became a student it has become more difficult to do. When you are a student, all you can do is to withstand the load that falls on you like a snowball. We were asked a lot of essays, but I don’t know how to write at all. That is why I used a great service https://essayexplorer.com/review/paperell/ which helped me find the exact platform that was perfect for me. The site has all the necessary information about paperell paper writing reviews.