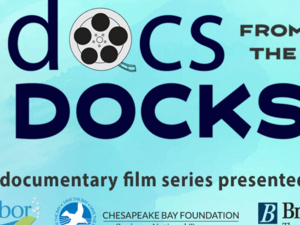 Docs from the Docks

Waterfront Partnership’s Healthy Harbor Initiative and the Chesapeake Bay Foundation is hosting Docs from the Docks, a free film series that focuses on environmental documentaries and offers audiences post-screening panel discussions on each topic. On March 21, the final film in the series will be “Saving Sea Turtles: Preventing Extinction,” which follows the natural history and unprecedented endangerment of Kemp’s Ridleys, a near-extinct species of sea turtles. The event will include a panel discussion following the screening. MOM's Organic Market will provide organic snacks to enjoy during each film.