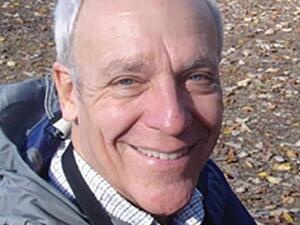 The extensive correspondence between Abigail and John Adams chronicles in intimate detail the uncertainty, dangers, and sheer “messiness” of the early years leading up to the 1776 Declaration of Independence from Great Britain, and later, the adoption of the Constitution in 1787. John spent many weeks and months away from his wife and children as he attended to the affairs of state in Boston, Philadelphia, and elsewhere, while Abigail remained at home with their growing family and tending to the farm in the midst of a war zone. Both of them happened to be, in their own distinctive ways, prose stylists of equally uncommon felicity. Participants are strongly encouraged to purchase My Dearest Friend: Letters of Abigail and John Adams edited by Margaret A. Hogan and C. James Taylor, with a forward by Joseph J. Ellis since each class will be based on the letters incorporated in it.

Karen M. Kaludis first studied the correspondence between Abigail and John Adams in college, where she majored in Government & American History, and has been interested in the Adams family ever since. She later graduated from law school and became a partner with the law firm of Ewing, Dietz, Fountain & Kaludis, P.A. of Easton. Prior to joining the firm in 1998, Kaludis served as Deputy State’s Attorney for Caroline County. She is a Mindfulness Coach for Building African American Minds, a board member of the Women and Girls Fund, and an ardent supporter of For All Seasons.

John H. Miller, PhD., has taught literature courses at both secondary and college levels, including American Literature at the University of Clermont-Ferrand, France, under a Fulbright Fellowship. He has also taught at the University of Pittsburgh, Carnegie Mellon University, Washington College, American University, and the Chesapeake Bay Maritime Museum’s Academy for Lifelong Learning. Given his interest in things maritime he taught a course on literature of the sea as Visiting Lecturer and member of the University of Virginia’s faculty on two separate round the world voyages with UVA’s “Semester at Sea” program. Choose between Live ZOOM Class Sessions or Recorded, Tuesdays February 16, 23, March 2 from 10:30 -12:00 pm $30. Enrollment in the Live ZOOM Option is Limited. To register for the course, or for more information about Chesapeake Forum Winter/Spring 2021 classes go to our website at https://chesapeakeforum.org/ or visit us on Facebook.