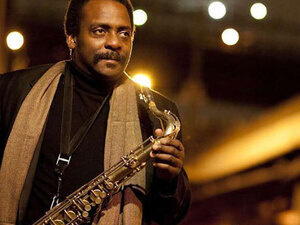 This is a special and rare annual appearance by a masterful, internationally renowned artist of incredible stature. Grammy Award winning saxophonist David Murray's past shows were sold out!  Seating is limited – get your tickets early!

Mr. Murray, an Oakland native, now living in NYC and Europe, has enchanted audiences around the world with his rocket-fueled streak of sonic creativity. His music defies genre boundaries, weaving a unique tapestry of sound.

His awards include a Grammy and several nominations; a Guggenheim Fellowship; the Bird Award; the Danish Jazzpar Prize; Village Voice musician of the decade; Newsday musician of the year; personality of the Guinness Jazz festival, and the Ralph J. Simon Rex Award. Two documentaries have been made about David Murray’s life: “Speaking in Tongues” and “Jazzman”, nominated at the Baltimore Film Festival.