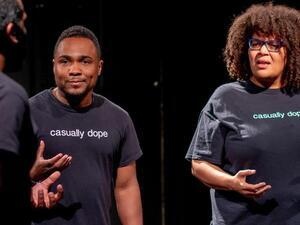 Comedy team Casually Dope turns the stories of our community into comedy. Each show we'll invite a guest or just chop it up with the audience and use those discussions to create a show like none other. You might learn something, you might not, but you'll definitely leave full of laughter.