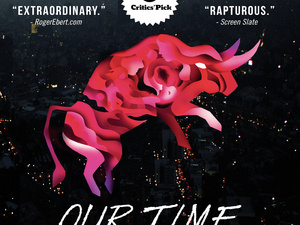 In Our Time, a previous winner of the Cannes Film Festival’s awards for Best Director and Jury Prize and New York Times Critic's Pick, writer-director Carlos Reygadas and his real-life wife Natalia López play a married couple who own and operate a ranch in the Mexican countryside. Although in an open marriage, their relationship begins to crumble when Esther falls in love with an American horsebreaker and Juan is unable to control his jealousy.

“A soul-searching work of scorching honesty that functions both as an anatomy of love and marriage, and as an evisceration of masculinity.”
— Giovanni Marchini Camia, Sight and Sound