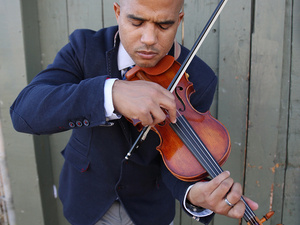 The power of fate and destiny loom over the season-opening concert, beginning dramatically with the overture to Verdi’s La forza del destino, an opera about ill-fated lovers who seek atonement in a monastery for their forbidden affair. At the centerpiece is the kinetic Voodoo Violin Concerto by cross-over violinist/composer Daniel Bernard Roumain, making his BSO debut with his unique blend of violin and urban sounds. Tchaikovsky’s Fourth Symphony ends the concert with an explosion of joyful abandon.