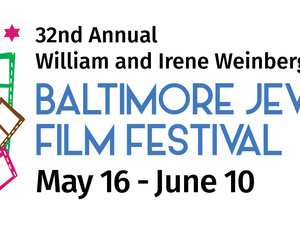 The Baltimore Jewish Film Festival is now VIRTUAL!  Join us online May 16-June 10 for this diverse selection of dynamic, inspiring and meaningful films from around the world, examining Jewish history, heritage, and culture. Film lineup, tickets and more: gordoncenter.com/film