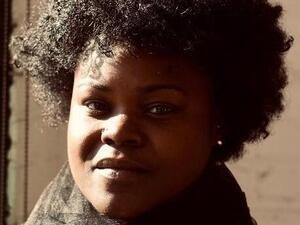 An Evening with Shalanda Bond Hansboro

An intimate evening of music, poetry and songs!

Shalanda Bond Hansboro defines herself as “ a perpetual learner and student, instructor, performer, recording artist, songwriter, wife, mother of two beautiful girls, daughter, friend.” Born and raised in Baltimore, Shalanda began her musical studies at the Baltimore School for the Arts. After studying under Robert Cantrell, she graduated and continued her vocal studies in Opera at The Juilliard School in New York City. Thankful for such voice teachers as Cynthia Hoffman, Marlena Malas, and Ruth Falcon, she continued in furthering her education and received her Master’s from The Curtis Institute of Music in Philadelphia.

She has appeared in operas, recitals, and has premiered various new compositions. That poised her to become the recipient of the Peter Mennin Prize, Leontyne Price award recipient and is a Whitney Houston Scholar and a Rosa Ponselle bronze medalist.

Even though Opera is her first love, she has found a true passion for Jazz, Inspirational music, and gospel. Having appeared on the Bobby Jones Show for a live recording with James Johnson and The Arkansas Gospel Mass Choir, Shalanda released her first single “Unusual Favour on November 12, 2014.

She is inspired by teaching, learning, practicing, and rehearsing and is thankful for every opportunity to inspire others with love, kindness, and her heartfelt joy in singing.