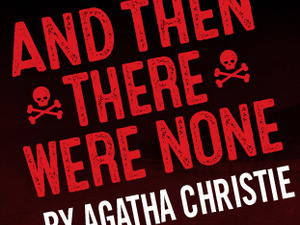 Agatha Christie's AND THEN THERE WERE NONE

Ten seeming strangers with suspicious pasts are brought together on a remote island that turns into a deathtrap where an unknown assassin executes them one by one. The Queen of Mystery (whose The Mousetrap thrilled Vagabond Players’ audiences five seasons ago) once again delivers a compelling puzzle with enough twists and turns to keep you gripped in your seat until the very, very end.