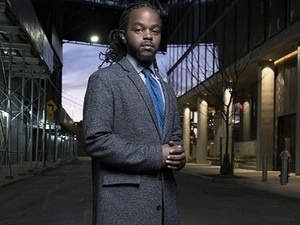 Born in Los Angeles and residing in New York City, Victor Gould began playing piano at the young age of four. Gould began his career as one of the first ever recipients of the Herbie Hancock Presidential Scholarship at Berklee College of Music. After completing his bachelor's degree there, Gould studied at the prestigious Thelonious Monk Institute of Jazz at Loyola University, where he received a Master's in Music. Gould's honors include the 2009 ASCAP Foundation Young Jazz Composer Award and 2006 semi-finalist in The Thelonious Monk International Piano Competition. Victor has performed and/or recorded with Esperanza Spalding, Terence Blanchard, Branford Marsalis, Nicholas Payton, Ralph Peterson, Wallace Roney, Donald Harrison, Buster Williams and many others. Victor's debut album, Clockwork was voted number 1 debut Jazz album in NPR Music's 2016 Jazz Critics Poll. Gould followed up with his sophomore project Earthlings, and is set to release his third project Thoughts Become Things in spring 2019. Victor currently tours with Jazzmeia Horn and Jeremy Pelt and is set to begin touring with his trio following the release of Thoughts.

A limited number of in-person seats are available for $25 each.

A limited number of in-person seats are available for $25 each.