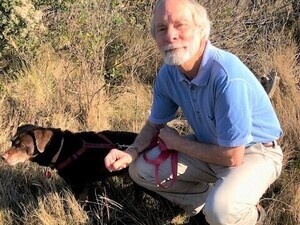 This Great American Order: The KKK on Delmarva in the 1920s with Phil Hesser, Ph.D.

After the Revival of the Ku Klux Klan (KKK) in 1915, Klan organizer J.H. Hawkins made his way across Delmarva in the early 1920s, lecturing about "The Truth about the Ku Klux Klan" and forming local klans across Delmarva. By examining the newspapers of the time, this three-week class will focus on the impact of "Birth of a Nation" in the national climate of the early 20th Century and the revival of the Klan; the role of J.H. Hawkins on the growth of the Delmarva Klan in the twenties; and the opponents of the Klan and their role in its decline.

Following a career in human rights and education in Africa and the United States, Phillip Hesser has taught at Salisbury University and Wor-Wic Community College, and spends his time exploring the Delmarva past. He is the author of "What a River Says: Exploring the Blackwater River and Refuge" (Cambridge, MD: Friends of Blackwater, 2014) and "Harriet Tubman’s Eastern Shore: The Old Home Is Not There" (Columbia, SC: History Press, 2021). To register for this class or to find the list of Fall classes visit the website at: Chesapeake Forum - Lifelong Learning, Classes.