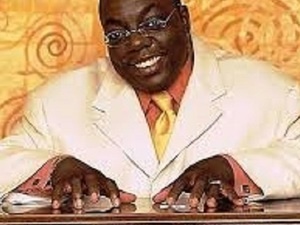 Born in 1963 in Baltimore, jazz pianist Cyrus Chestnut grew up in a home filled with the sounds of gospel music that his church-going parents played, along with jazz records by artists such as Thelonius Monk and Jimmy Smith. To this day, Chestnut’s ties to gospel music remain constant.

After graduating from Berklee College of Music in Boston, Chestnut worked with jazz vocalist Jon Hendricks, trumpeter Terrence Blanchard, and saxophonist Donald before joining jazz legend Wynton Marsalis. Chestnut’s recordings include Dark Before the Dawn (1994), which debuted in the sixth spot on the Billboard jazz charts; Earth Stories (1995), for which he composed nine of the CD’s eleven tracks; a solo piano album, Blessed Quietness: Collection of Hymns, Spirituals, and Carols (1996); Cyrus Chestnut (1998); Soul Food (2001), a blend of jazz, classical, gospel, and R&B; and You Are My Sunshine (2003).

The New York Daily News once heralded Chestnut as the rightful heir to Bud Powell, Art Tatum, and Erroll Garner. Chestnut continually tours with his trio, playing at jazz festivals around the world, as well as clubs and concert halls. His leadership and prowess as a soloist have also led him to be first on the list for the piano chair in many big bands including the Lincoln Center Jazz Orchestra and the Dizzy Gillespie All-Star Big Band.

Streaming cost of $10
Donations are welcomed.
The link will be revealed to you 15 minutes before the show
and will remain active through Jan. 24