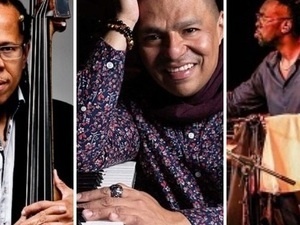 Check out Benito Gonzalez's newest album, "Sing To The World,"  which dropped on May 14.
Info at https://rainydaysrecords.bandcamp.com/album/sing-to-the-world

Streaming cost is $10
Donations are welcomed.
The link will be revealed to you 15 minutes before the show
and will remain active through August 6