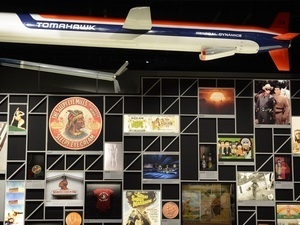 How did American Indians become national and commercial symbols? Pervasive, powerful, at times demeaning, the images, names and stories in “Americans” highlight the ways in which American Indians have been part of the nation’s identity since before the United States was founded.

The exhibition surrounds visitors with images, delves into three historic stories important to America’s national identity, and invites people to begin a conversation about why this phenomenon exists. Join the conversation on social media using #NDNsEverywhere. This exhibition is also accompanied by the book, “Officially Indian: Symbols That Define the United States,” 184 pp; by Cecile Ganteaume; NMAI, Smithsonian; distributed by the University of Minnesota Press.

Open Wednesday through Sunday; 11 am to 4 pm